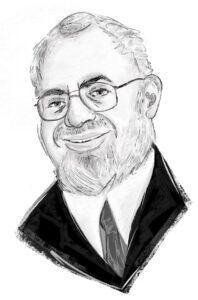 Many people associate UFOs (unidentified flying objects) with ‘flying saucers’ piloted by extraterrestrial intelligence from another planet. Students of this subject, commonly referred to as ‘ufologists’, dare to seek the answer to the question of whether humans are alone in the universe. Dr. Bruce Maccabee defined ufology as “the study and analysis of UFO sightings and associated phenomena.”1

Some researchers have gained notoriety on the subject because of their efforts to find the truth, whatever their beliefs may be. Stanton Friedman is one of those researchers who has earned high acclaim from many people, including astronaut Edgar Mitchell, a man who has stepped foot on the moon.2

Friedman wasn’t afraid to shake things up, not just for debunkers, but for ufologists too. While some people in the field of ufology could be perceived as blind zealots with lofty conclusions, who may twist facts to fit their stories, Friedman appeared to be the opposite. He tried to make the story fit the facts.

Back in the 1990s, I rarely watched the local television networks, and was never up to date with the latest news. Therefore, when the Hale-Bopp comet was visible in the sky, I did not have a clue what it was. It looked like a smudge in the sky. While at a store, I saw Stanton Friedman’s VHS tape for sale, so I bought it. At the end, Friedman provided a phone number for viewers to reach out, and I took advantage of that opportunity because I was curious to hear what he thought was in the sky.

I called him, and he immediately commented on the great view of the comet I must have where I lived. Once my answer was in hand, I found the rest of the conversation awkward because I had nothing else to talk about. However, I remember that he was kind and professional. I was left with the impression that he wasn’t a fanatic. To me, Stanton was a very intelligent professional, engaged in serious research to find the answers to his questions about flying saucers.

Stanton Friedman focused his arguments on those who had a healthy agnostic view of the subject, not the skeptics. He often referenced a Gallup survey from 1978 in which sixty-six percent of those surveyed who had college degrees said they were believers. Friedman pointed out that the higher the education, the more likely that an individual would be a believer and encouraged these ones to stop being ‘apologist ufologists’.3 Therefore, Friedman could be found at many colleges giving talks about flying saucers.

Stanton Friedman contributed a great deal to ufology. He is widely credited with exposing a potential coverup from 1947 about a flying saucer crash near Roswell, New Mexico, when he sought out Major Jesse Marcel Jr., who claimed to have handled debris from a crashed flying saucer. According to Marcel, it appeared the saucer exploded in the air, because there was no crater. He also claimed that the debris was taken to Wright Field in Ohio.5 Friedman explored the subject in detail and eventually wrote a book entitled Crash at Corona.

Friedman would go on to research evidence about military cover-ups of UFOs. Specifically, he investigated the theory that President Truman set up a group of twelve individuals known as Operation Majestic 12 to address UFOs. His efforts are recorded in the book TOP SECRET / MAJIC.

Stanton Friedman worked to give credence to the Betty and Barney Hill alien abduction claim from the early 1960s. He became friends with the family, and even co-wrote a book with Betty Hill’s niece, Kathleen Marden. Friedman believed the abduction claim legitimate for various reasons, most significant being the evidence that Betty Hill managed to draw a star map that did not match any star maps of the time but would match some that were published nearly a decade later (though some people disagree with the match).6

Friedman had a unique sense of humor and seemed to relish any absolutist statement made by debunkers. In my opinion, one of his greatest contributions was his willingness to challenge claims that zealous ufologists hoped to be true. For example, in the 1990s, when Ray Santilli claimed to have authentic film of an alien autopsy conducted at Roswell in 1947, Friedman cast his doubts, believing this video was likely a fake.7 A few years later, Santilli admitted it was a fake, although there was some original footage in the video.

Friedman also challenged the credibility of Bob Lazar (the man who brought Area 51 to the world). Friedman claimed that there was nothing to back up Lazar’s claims, work history, or credentials. For example, Lazar claimed to have graduated from MIT, but Friedman’s research revealed that Lazar graduated in the bottom third of his high school class, which would not make him an MIT candidate.8 His unwillingness to accept Lazar’s story at face value was something to be commended as an effort to keep ufology honest. Notably, other researchers, such as George Knapp, worked diligently to seek evidence backing up Lazar’s claim, another commendable effort to keep the subject both objective and honest.

In 2019, Stanton Friedman passed away. Though I never met him in person, I am grateful to have had the opportunity to speak with him on the phone. The truth about UFOs may be out of reach, but the search for it is a journey to explore the possibilities, and it can lead to a deeper appreciation for the life we have in this vast universe.